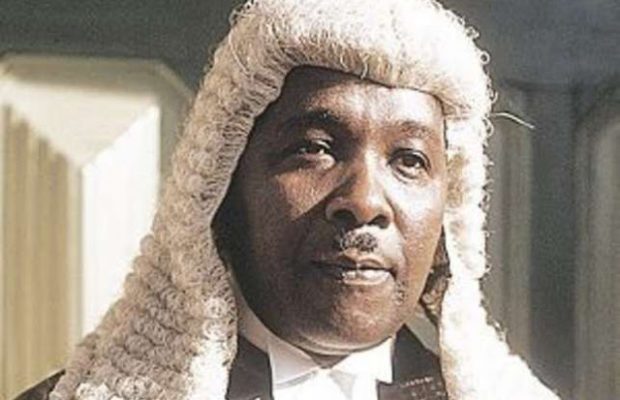 Two judges of the Federal High Court, Abuja, whose homes were raided by operatives of the State Security Service for alleged corruption have resumed sitting days after the National Judicial Council, NJC, described the raid as illegal.

The judges, Adeniyi Ademola and Nnamdi Dimgba, presided over court sessions for cases slated to continue on Monday by their various courts.

While Mr. Ademola and six other judges were arrested after the raids, Mr. Dimgba was not.

The SSS said it arrested the seven judges across the nation after petitions bothering on allegations of fraud were made against them and neglected by the NJC. The agency said it had enough evidence to prosecute the judges for corruption.

The security service also alleged that it recovered tens of thousands of dollars and millions of naira from Mr. Ademola’s residence.

Mr. Ademola’s arrest was the most dramatic as he locked himself in a room and told his aides to lie he was not at home.

Knowing the claim was false, the SSS broke down Mr. Ademola’s doors to arrest him.

In his reaction to the allegations, Mr. Ademola said he was forced to attest to the alleged discoveries at gun point.

He alleged that the search conducted at his residence and his subsequent arrest were meant to punish him for rulings he had given in favor of former National Security Adviser, Sambo Dasuki, and leader of the Indigenous people of Biafra, Nnamdi Kanu, against the wish of the Attorney General of the Federation, Abubakar Malami.

Mr. Ademola also mentioned an old score he said he had with Mr. Malami as a reason for his arrest.

The NJC had also denied reports by the SSS that petitions written against the seven judges were neglected.

In its reaction to the matter, the NJC detailed its findings on the activities of the SSS relating to the judges. The council said only two separate complaints had come from the SSS regarding two of the judges.

The judges whose homes were raided include, Messrs. Dimgba and Ademola, both of the Federal High Court Abuja; Justices John Okoro and Sylvester Nguta of the Supreme Court; Muazu Pindiga of Gombe; Kabiru Auta of Kano High Court; Innocent Okoro, outgoing Enugu State Chief Judge; as well as Mohammed Tsamiya, an appeal court judge in Illorin.

Responding to issues arising from the raid, Mr. Malami said the SSS was merely discharging its constitutional function of investigation. He said corruption is a threat to the security of any nation.

Over one week after the raids and arrests, the SSS is yet to file charges against the affected judges.