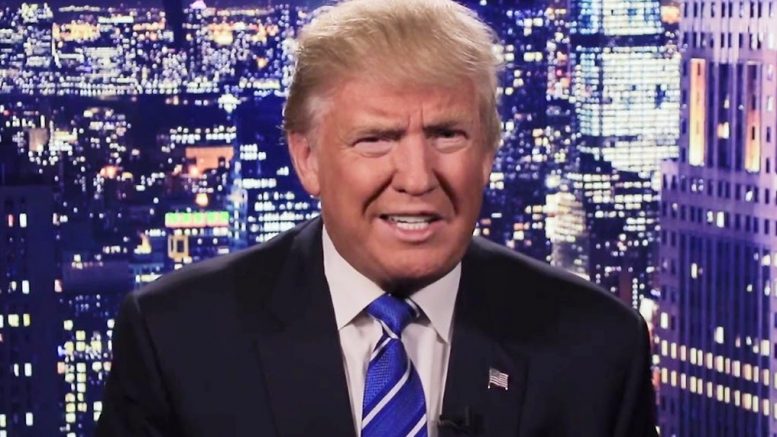 Donald Trump became the Republican Party nominee, though he had spent most of his time during the primary elections, plagiarizing, showering minorities, critics and fellow Republican Party members with insult.

Many recordings of Trump’s appearances on Howard Stern radio show and the Youtube channel are filled with various deamening statements made by Donald Trump, about various women, including contenstants in his Miss Universe pageant. Most recently, he attacked the family of a dead war hero and from all indications, he remained immuned.

All through this, Donald Trump remained unapologetic, including when he finally proclamed that President Barack Obama, whom he had insited was not born in America, is now a legitimate citizen,

All of  these erratic and mostly unstable behaviours  were tolerated by his supporters and some of his party members until hours ago, a video recording from 2005 was leaked.

In this video discussion with then-”Access Hollywood” host Billy Bush in 2005, and was published by The Washington Post and NBC News on Friday, Trump talked about trying to have sex with a married woman and being able to grab women “by the pussy” because of his fame.

Here is a copy of the leaked sexually graphic commentary video

Minutes ago, after a day-long uproar of negative feedback, Donald Trump in an unprecedented move, issued a recorded video “apology” statement.

In his defiant video statement, Donald Trump said “Anyone who knows me knows these words don’t reflect who I am. … I said it, I was wrong, and I apologize”.

“This is nothing more than a distraction from the important issues we are facing today,” Trump added. He once again pointed to former President Bill Clinton’s past infidelity.

The question facing American electorates, with 34 days to the election remains how low will this election go and will Donald Trum continues to remain teflon-proof, despite his lies and past history of failures.