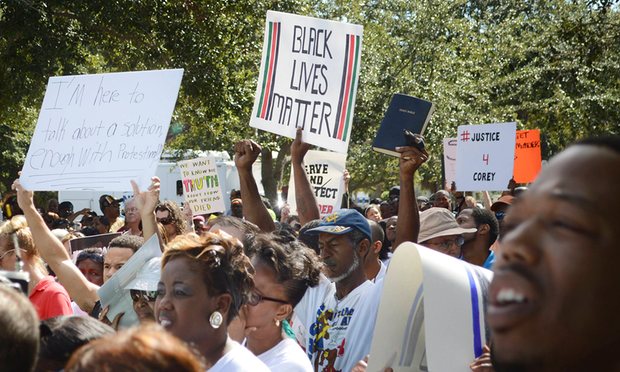 Protestors at a rally over the death of Corey Jones in Palm Beach Gardens, Florida, October 2015. Photograph: Zachary Fagenson/Reuters 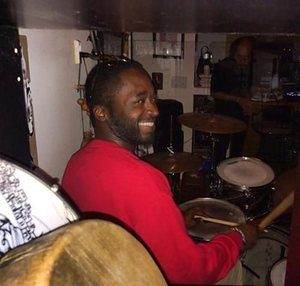 Decision follows six-month investigation into the death of Corey Jones, a church musician shot and killed by plainclothes officer Nouman Raja in 2015

The fate of a plainclothes police officer who shot dead a church band musician in an early-morning confrontation beside a Florida highway will rest with a grand jury, prosecutors announced on Wednesday.

The decision follows a six-month investigation by the Palm Beach County state attorney and sheriff’s offices, and the FBI, into the controversial death of Corey Jones, 31, on 18 October last year. Jones, who was black, was shot and killed by officer Nouman Raja of the Palm Beach Gardens police department as he waited at the roadside for a breakdown truck. Jones’s death is one of a spate of fatal incidents involving police and black men, and sparked public outcry.

Dave Aronberg, the county’s state attorney, had the authority to either charge Raja, who is of mixed racial background, or clear him of responsibility, but opted instead to convene a grand jury before 30 June to decide if the officer, who was on probation and fired one month after the shooting, will face trial.

“Our only goal is to do justice and we’ve been as transparent as we can under the rules,” Aronberg said at a Wednesday afternoon press conference, in which he acknowledged the community tensions and demonstrations the killing had stoked and the time it had taken to complete the inquiry.

“I realise that this matter has generated heightened community interest and we want to ensure the people of Palm Beach County that our only motivation is justice. We have met repeatedly with community leaders to give whatever information we are allowed to give. Politics played no part in this decision.”

Members of Jones’s family were meeting with Aronberg following the announcement and will speak at their own press conference on Thursday. In a statement issued through civil rights attorney Benjamin Crump, the family said it was “leery” of the grand jury process.

“While we are pleased to learn that the officer who senselessly killed our Corey will face a grand jury for his reckless act, we understand that nothing can bring back our son, brother and friend. Our goal now as a family is to ensure that this never happens to another innocent citizen,” the statement said.

Protesters at a rally over the death of Corey Jones in Palm Beach Gardens, Florida, October 2015. Photograph: Zachary Fagenson/Reuters

“While we are leery of the grand jury process, we will remain vigilant and peacefully demand greater accountability and transparency from law enforcement.”

But community leaders were more critical. Patrick Franklin, president of the Palm Beach County Urban League, said: “This is a very disappointing decision because we think there was enough evidence, enough issues that we’ve known about for a long period of time, that a charge would come down today.

“We’re looking at a community that’s on edge and now we have to go through another process of secrecy and non-transparency. Across the country, look at these cases that have come across in Cleveland, in Ferguson. Going to the grand jury, the results have not been favorable to the victims. We’re going to hope that it’s going to be different but is it really going to come back that way?”

Some members of Jones’s family joined supporters at a peaceful rally on Wednesday afternoon in front of the Palm Beach Gardens police department, resonant of a number of similar demonstrations that have taken place since the shooting.

Jones, who worked as a building manager for the Delray Beach housing authority, had broken down on the off-ramp of Interstate 95 in Palm Beach Gardens in the early hours of 18 October on his way back from a concert with his church band. He was awaiting a tow truck when Raja, who was on patrol duty but not in uniform, pulled up in an unmarked vehicle.

Raja, who had worked for the department for only seven months, claimed Jones came at him with a gun and he was forced to fire six times to defend himself. Three bullets struck Jones. 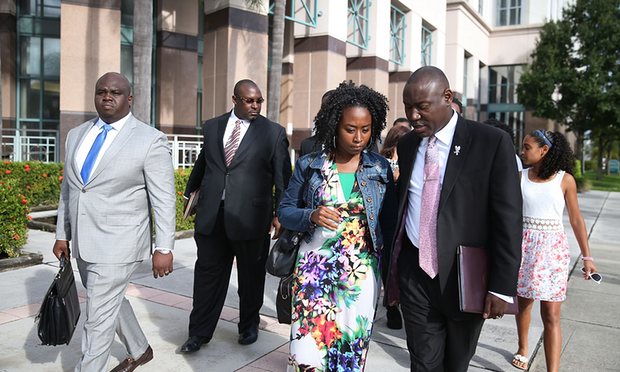 But detectives called to the scene found Jones’s body about 100ft from his vehicle, with a gun he had recently purchased located on the ground somewhere in between. It had not been fired. Family members insisted Jones would have been unaware Raja was a policeman and was probably caught unaware by the officer’s approach.

The Palm Beach Post has reported that Jones made a call for assistance to his phone company’s helpline about five minutes before the fatal confrontation, and the recording of the call was an important piece of evidence to investigators, whom Aronberg said had interviewed more than 200 witnesses who were on the interstate or staying at nearby hotels.

At the press conference on Wednesday, Aronberg said he could not confirm the existence of the recording, and said he was unable to talk about any of the details of the investigation until any legal proceedings were complete.

The newspaper also quoted an anonymous source close to the inquiry who said that some elements of Raja’s testimony did not match what the investigators had concluded. Aronberg did not address the issue and Raja’s lawyer, Richard Lubin, has declined public comment on the case.

Since the shooting, city commissioners in Palm Beach Gardens approved more than $250,000 to pay for body cameras for its police officers. Meanwhile, Jones’s family, supported by several local politicians, are pursuing new legislation in Florida called Corey’s Law that would prohibit police departments in the state from conducting traffic stops in unmarked vehicles other than in emergency situations.